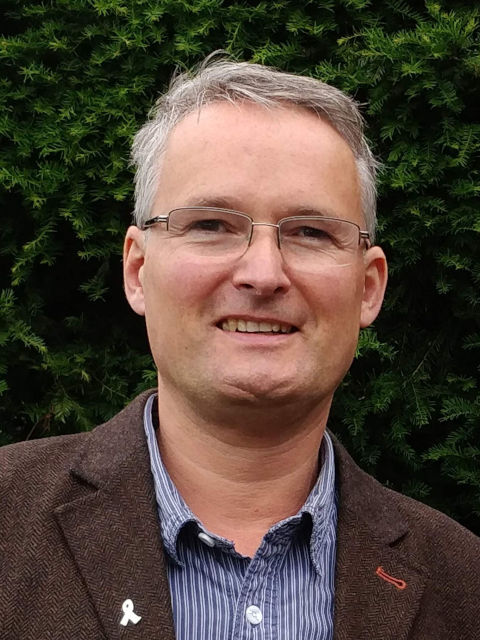 Louis and his wife have lived in Worcester for 24 years and he has two grown-up children who attended Cherry Orchard Primary, Nunnery Wood High school and Sixth Form College. He enjoys cycling for fitness and takes delight in learning new skills having recently taken up growing vegetables in his garden.

His main priorities for the city are to encourage smaller independent businesses over the large corporate chains, to reduce the amount of city-centre congestion and to increase the number of affordable homes. New homes must be found, but in policy terms, we should resist building on greenfield sites like Middle Battenhall Farm, St Peters and Norton. We should instead be building on brownfield sites and encouraging more flats above our city-centre shops.

Louis believes that we can reduce the amount of traffic in Worcester by a combination of common-sense measures:
• No to the increased traffic, caused by building an out of town shopping centre and no to more homes on the edge of the city.
• Yes to encouragement for more walking/cycling and yes to more investment in public transport and building more flats above the shops in our city centre.