Worcester Green Party has a vision for tackling the root causes of traffic congestion in Worcester.

High levels of traffic congestion are leading to a frustrating waste of time waiting in traffic. But it also negatively affects our local economy, while the poor air quality associated with congestion also causes a significant number of premature deaths.

Congestion costs local businesses dearly in terms of lost opportunities. According to the Centre for Economics and Business Research (October 2014) the cost of traffic congestion in the UK is over £12 billion a year. By population size, Worcester’s share of the UK cost equates to approximately £18 million a year.

Poor air quality causes 40,000 premature deaths a year in the UK (Royal College of Physicians - Feb 2016). We can expect Worcester’s share of national premature deaths to be approximately 60 every year. Cars and lorries stuck in traffic cause a significant amount of air pollution. 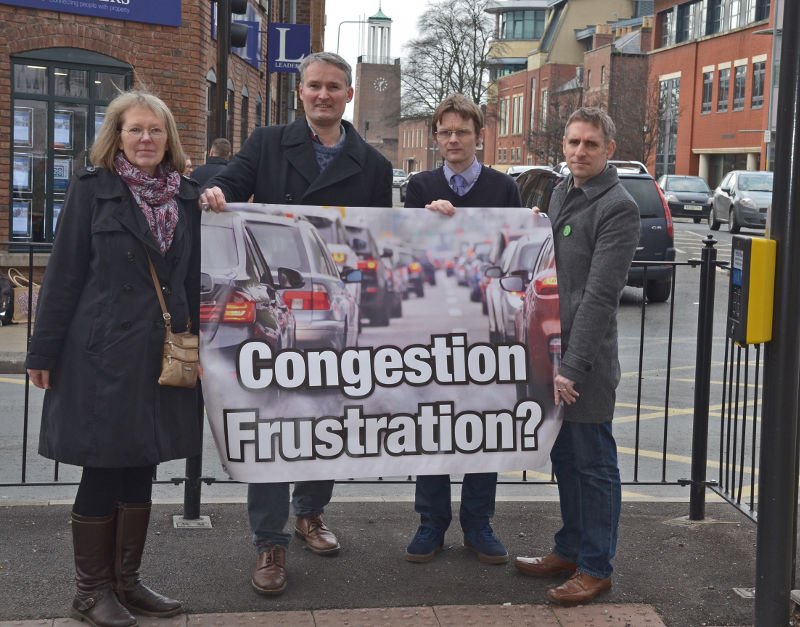 The Green Party believes that tinkering with traffic light sequencing will not be enough to significantly reduce the amount of congestion. The Green Party has created a transport vision which centres on creating viable alternatives to the car to reduce demand on the road system and so free up space so that those who really need to use their cars can do so without being stuck in traffic jams.

To achieve our objectives we will:

A copy of the report can be downloaded from here.